His Banner of us is Love

A Grace of Days 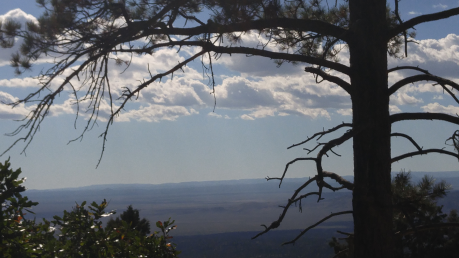 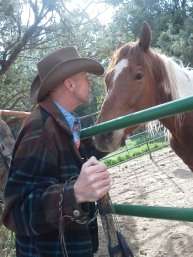 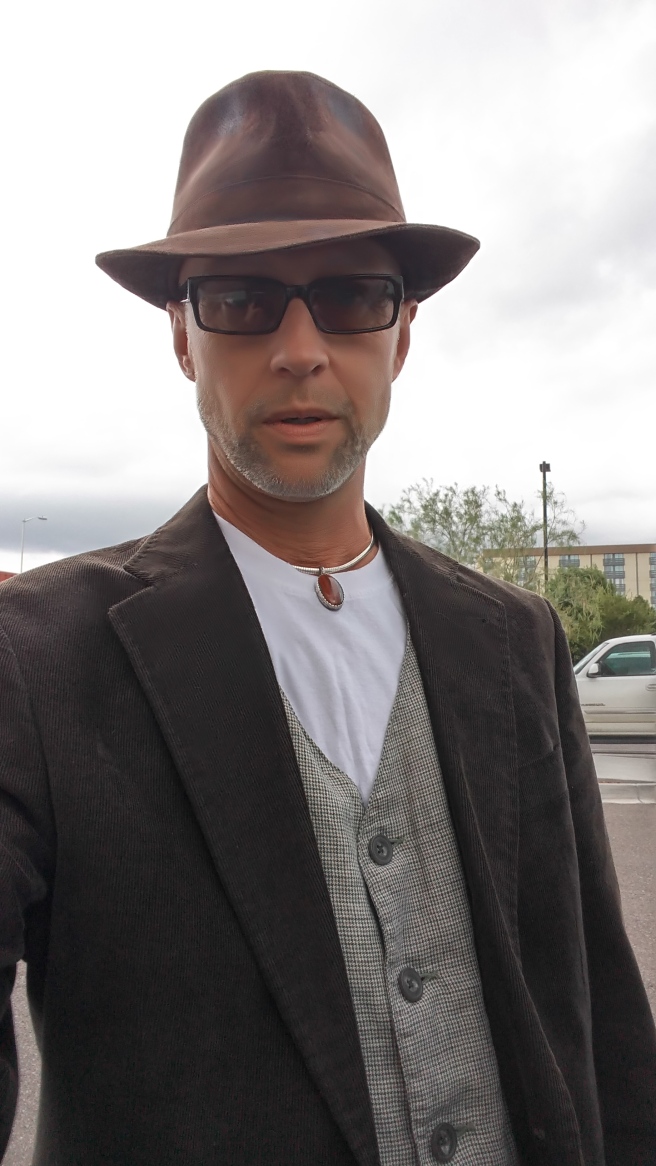 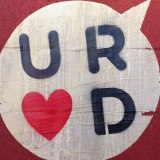 Did I Tell You the One About…

Since my head injury from our car accident nearly a year ago I’ve sought whatever treatment might provide some relief from the frequently debilitating pressure and pain in the vertebrae in my neck. Enough pain will make you experimental. Nothing that has promised even a little blessed relief has been ruled out. I’ve tried prayer and prescriptions, ice packs and heating pads. I’ve tried rubs, balms, and bathing in a plant called “buffalo gourds” by locals. I try to remember to breathe from my belly to encourage even a little relaxation and blood flow in my traumatized muscles. I’ve had ongoing physical therapy treatments that were for awhile interspersed with acupuncture treatments. I know. I couldn’t believe it either. I laid there the first time, with a dozen tiny needles inserted all over my body, stifling laughter after thinking to myself, “Dear God, I look like a gay voodoo doll.” I didn’t care anymore. If it stood any chance of relieving this chronic pain, if I thought it would actually help, I’d watch the Christian Broadcasting Network IN a sports bar WHILE accordion music played on a loop, even if I ground my teeth right down to dust as a result. I’d try it. Really. I mean it. At some point, it’s really only about relief.

Today I had another massage therapy appointment. As I took off my shirt and shoes I shared with the therapist how much better I was feeling than last week; not off medication and not without any pressure, but better, and even a little “better” means e-v-e-r-y-t-h-i-n-g. She made some notes and I laid down on the massage table. She began massaging the painful muscles that had robbed me of so much of my regular little life this past year. Then, as I was asking her how her holidays had been, she put her finger on it. I stopped speaking mid-sentence, caught my breath, and as my eyes filled welled up with tears I said, “Dear God! Don’t move. What is that? Where are you? Show me what you’re doing” I asked and offered her my own hand so she could show me exactly where she was at so that I could hope to replicate this myself. Just the right amount of pressure that she was applying to just the right spot gave unspeakable, breathtaking relief to the pressure that, even on a “good” day has become a fact of my everyday life. It made me at once sad and hopeful. It made me sad that I had grown so accustomed to nearly constant discomfort and, at the same time, it made me hopeful that it could be different, that I still could heal and relax back into what I had almost forgotten.

It was then that I thought again about what Tom had said yesterday. Tom is straight, late sixty-something I’d guess, a retired Teamster truck driver, a vet prone to faintly off-color jokes, and who, by his own admission, started coming to church at all to bring his wife. I adore him. Unlikely kindreds perhaps, but kindreds never find each other by sight alone. Without fail, when I see Tom, I can count on his very next words after “Hey there partner,” being “Hey, did I tell you the one about…?” And Tom will be off again with three more nuns at the pearly gates or after a grand build up, deliver the punch line explaining that PMS is in the Bible. Walking away from Tom one day after playing the “straight man” to his jokes one day last month I decided that if I have to be old, I wanna be like Tom . . . Tom or Wendell Berry. Yesterday, after our regular Sunday service a workshop was being held around how we can be more welcoming, more inclusive, and more aware of the subtle ways that we might exclude others. The facilitator enthusiastically explained what the hour was all about and then said those dreaded words: “Now,” she chirped, “if you’ll all break into groups of three…”

I hate breaking into groups of three.

“How rude can I be without being called rude?” I wondered as I considered just leaving the room of only maybe fifteen people as quickly as I could. “Whoa! Look at the time!” “My grandma just died.” “I’m sorry, I just had an accident. If you’ll excuse me.” As every lame excuse ever tried by every fifth grader ever went through my mind, we broke into groups of three. I’m not sure why I’m so resistant to small group stuff. I think, aside from obviously not being in control, that I’m always worried that I’ll drop emotional trou and No one else will or someone else will drop emotional trou – someone I don’t even like! Then what? Well, then I’m left both, kind of heartbroken over what the person shared and feeling guilty because I hadn’t previously been able to bring myself to even think kindly of them. Typically, if the menu only offers: breaking into small groups or eating liver smothered in yellow mustard, I’d typically go for the disgusting organ meat and vile condiment.

“Alright now,” she said, “now share with each other about a time when you felt excluded.”

Ben went first, sharing his answer in our confidence. I mentioned one incident, unsure of how to pick one out of a lifetime of examples. Finally, it was Tom’s turn to share and this small group thing would finally be over. Tom thought for a moment, started to say something, stopped, then began again.

“You know, course folks look at me kinda funny or don’t really believe me, I think, when I say this, butcha’ know, I don’t think I ever really felt excluded,” Tom said. Then, just as I was wondering how that could really be true, Tom put his finger on it as he continued. “I never doubted God loved me,” he said and I just kind of froze, staring saucer-eyed at Tom when I realized I was fighting tears. I was was shocked and tearing up because “I never doubted that God loved me,” is the single most outrageous thing I’ve heard someone say in real life that I believed. I’m sure I probably looked nearly comically dismayed. I certainly felt stunned, like seeing color or light for the first time or seeing someone who recognizes you after so long of being a foreigner, like George Bailey in “It’s a Wonderful Life” post-Clarence the angel, “Mary! Do you know me, Mary?!” And this time, she does know him. I’m not sure that all our trying to find words for the simple, glorious recognition by someone who is in the dream we once dreamt isn’t why poems and music and all our God-seeking and possibility exist at all in the first place.

“Tom,” I said in a hushed tone, “I know the two of us are just s’pose to listen right now, but you just said, that you’ve never doubted that God loved you, which to me is Outrageous, so if you’ll forgive me for infringing on your time, but how? How is that true that you never doubted God’s love? really? How?”, I whispered urgently. I’m guessing that Tom was probably prepared to meet disbelief. I would also guess that he probably hadn’t planned on his words having such an impact on me. I’d guess he wasn’t trying to be a “witness”, but I can assure that he was. I can hardly imagine trying to come up with an answer if eager eyes were fixed in anticipation on my own, as I know my eyes were on Tom’s waiting, impatient that our time might run out before he had time to share this incredible secret to the commanding confidence that he was, is, and always will be loved by God. In true Tom-style, his answer to my Big Question was plain, no nonsense, just matter-of-fact.

“Well,” Tom began, “I grew up around some religious folks, Evangelicals and what-not, but, you know, I just decided pretty early on that they were just dumb asses and didn’t really have anything to do with them.”

Tom did reference his good health and the beauty of nature, but that was it really. He had simply denied anyone or anything else the right to have any say or impact on this fact that he took for granted. I was amazed by all of this. I’m amazed by all of us who have been “churched”, we who have gone straight from womb to Sunday school and who struggle with that. I’m amazed by all of us who have ever been exposed to those commissioned to love and have come away instead deeply doubting that God loves us. I imagine holding and protecting that Good News that God loves us like most of us hold and protect our core belief that that couldn’t be true, not in any meaningful way, not for real. I imagine what being able to take God’s love as a given must be like and I’m reminded that, of course, it is just that, “a given”.

After the workshop was over I approached Tom and thanked him for what he had shared, for how with just the right amount of pressure to just the right spot he had given unspeakable, breathtaking relief to the pressure, that even on a “good” day had become a fact of my everyday life, the fact of not living in the absolute certainty of God’s love. It made me sad and hopeful at the same time. I was sad that so many of us never really inhabit and live from just knowing that God loves us and, at the same time, hopeful that it could still be different, that I can and we can still heal and relax back into what we’ve almost forgotten sometimes. If this could be true for Tom, it can be true for me and you!

I shook Tom’s hand again, saying goodbye. He assured me again of what he never doubted. “You’re a fine young man. You ain’t got a reason to ever think for a minute that God doesn’t love you just as much as He ever did love anybody.”

I smiled sheepishly, tried to absorb what he was saying and tried not to cry again.

“Successful?, I rolled my eyes, dismissing his unfounded appraisal.

“Well,” I said, “I’m pretty sure no one, including me, expected me to still be here, so I reckon that means Somebody loves me.”

“Tom,” I said grinning, interrupting him and hating needing to leave, “tell me this one Sunday. Next Sunday. Tom, I’ll see you then.”

No punchline, even delivered by Tom, could top him telling me the one about how we can be confident that God loves us; no doubt, no joke.